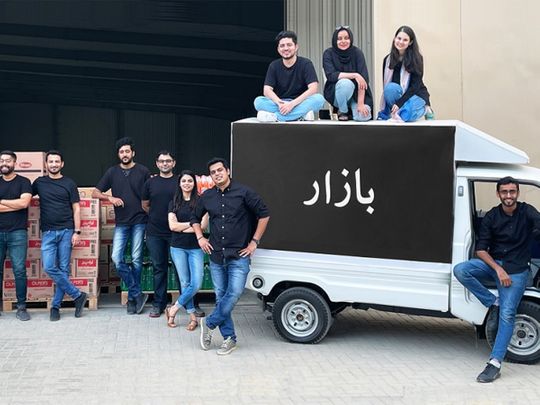 It marks the first investment by Dragoneer in the world’s fifth-largest nation, which had a breakout year for startups in 2021. Pakistan companies raised more than $350 million last year, greater than the amount over the previous six years combined. Among the venture capital firms making their first-time investments in the country recently are Kleiner Perkins, FJ Labs and RTP Global.

The company was founded by two high-school friends less than two years ago and now operates in 21 cities across Pakistan, covering 30 per cent of the population. Bazaar reaches over 500 towns, according to its website, and is on course to become the nation’s largest tech-backed last-mile delivery service by the end of the year.

Bazaar has more than 2.4 million businesses on its Easy Khata platform that helps businesses with customer engagement, inventory tracking, accounting and lending. It has recorded over $10 billion in transactions in annualised bookkeeping. It also provides staggered payment options to customers.

Pakistan’s potential for fintech and retail startups is huge: two-thirds of the population of more than 200 million is under 30, but most shopping is still […]