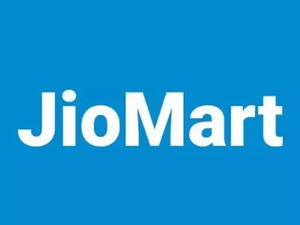 NSE 1.13 % has started roping in independent sellers on its ecommerce platform, JioMart , as a precursor to creating a separate marketplace where it will eventually house all third-party sellers, two industry executives aware of the plans said.

Reliance’s move is to prepare itself for the government’s proposed ecommerce policy, which is likely to prohibit marketplace operators from having their related parties or associated enterprises as sellers on their platforms. The Tatas and a few others are reportedly opposed to such a condition, but

NSE 1.13 % is said to be in favour of it and wants to support independent sellers through a separate platform, the executives said.

The proposed platform, whose name is yet to be decided, will have the ‘Jio’ branding, like the existing JioMart. JioMart will continue as the ecommerce arm of Reliance Retail for all its own brands and formats after this new marketplace comes up.

At present, independent sellers on JioMart are offering products where Reliance Retail does not have a presence – such as books, sports goods, perfumes and auto accessories. The proposed platform will focus on these categories and also offer larger categories like apparel and electronics purely on the marketplace model, they said.

An email sent to Reliance seeking comment remained unanswered at Sunday press time.One of the executives said the government’s draft ecommerce policy would seek to ensure that marketplace operators and sellers remained distinct entities. “Hence, Reliance is already preparing itself for such a structure. At the same time, it wants to support other ecommerce sellers or brands who want to go online, and hence building a separate marketplace platform.”As per plans, Reliance will rope in more than 1,000 online sellers. They will operate on the JioMart platform till the new marketplace is ready and the government […]