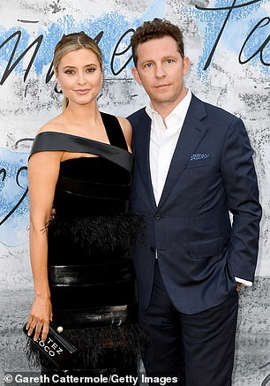 Billionaire Matt Moulding would back an offer of £3billion for his giant ecommerce business, according to City sources.

A bid of £2.50 a share, compared with a closing price of £1.45 on Friday, would be enough to prise THG off the stock market, the sources said.

The Mail on Sunday understands that Moulding – who has a ‘Golden Share’ which allows him to veto any bid – has made it clear to potential buyers that he plans to stay at the helm if the company goes private.

Last week, THG – which is also known as The Hut Group – said it had received a £1.70-a-share approach from Belerion Capital Group and King Street Capital, which would value the business at around £2.1billion. Belerion has investments in other online retail groups including Asos and Boohoo. It was founded by Iain McDonald who sits on the board of THG as a non-executive director.

The online retailer said in a statement that the offer ‘significantly undervalued the company and its future prospects’.

It was published just minutes after property and tech investor Nick Candy said he was ‘considering a possible offer’ to take THG private in a separate announcement.

THG chairman Charles Allen rushed out the statement to the London Stock Exchange on Thursday evening after a report on investment website Betaville earlier that afternoon referencing Candy’s interest.

Sources said THG had been contacted by the Takeover Panel on the matter late Thursday afternoon. The revelation comes after months of speculation about possible bids and after Moulding appeared to give the green light to potential buyers.Offers would need to hit the range of ‘£2 to £2.50’ to get Moulding to the table, the sources said. The company declined to comment. One source said the ‘fair value’ of the business could be at least £4.Its shares have been battered […]