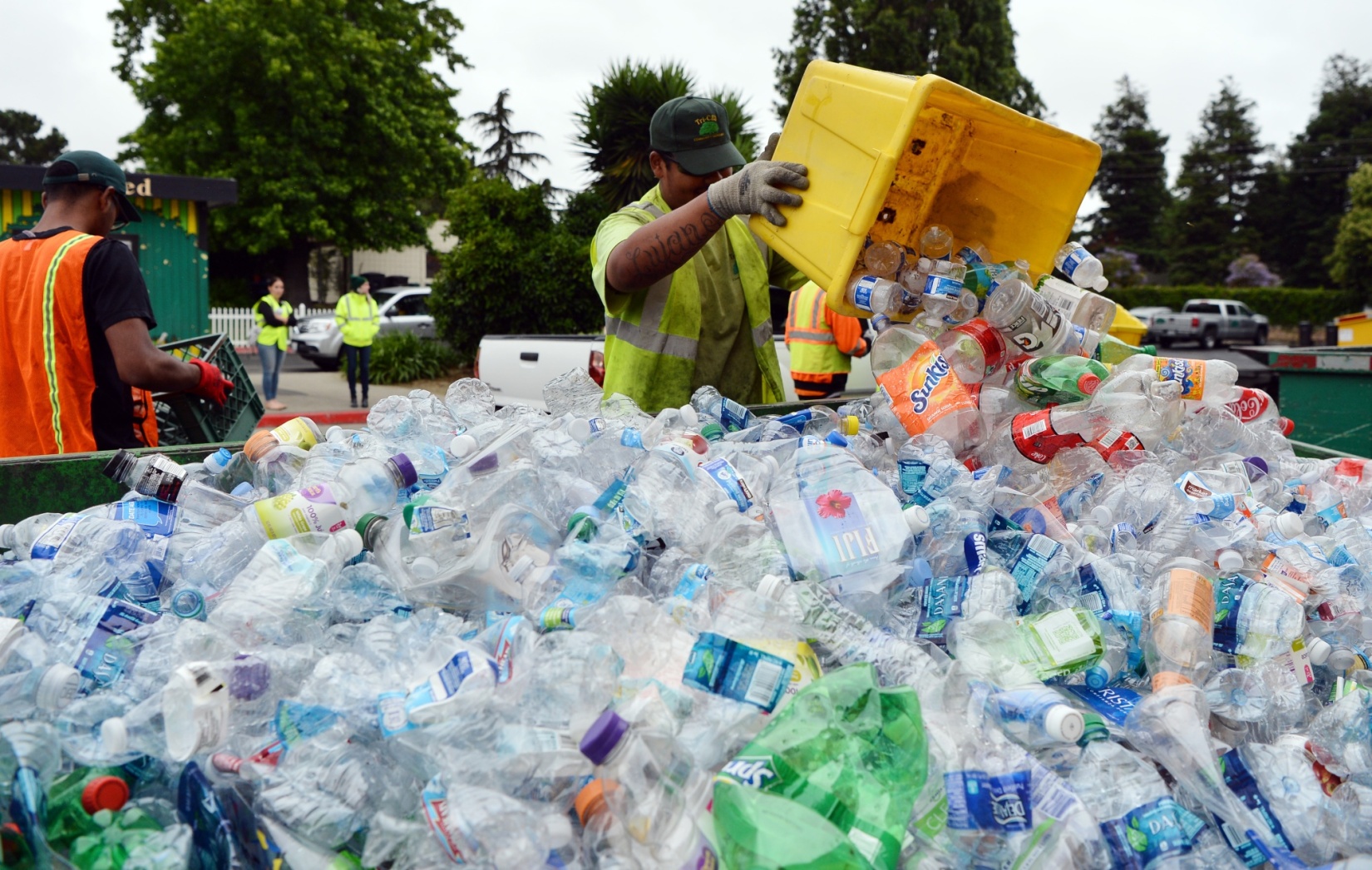 File photo of Michael Lujano dumping plastic bottles into the hopper to be weighed as he handles a customer’s recyclables at the Tri-CED recycling facility in Union City, Calif. on Friday, June 9, 2017. (Kristopher Skinner/Bay Area News Group Archives) SANTA CRUZ — After a bill that aimed to phase out some single-use plastics died on the California State Assembly floor last year, lawmakers are back with a new iteration of the legislation.

Assembly Bill 2026, authored by Assemblymember Laura Friedman (D-Glendale) and introduced Monday, would force the ecommerce industry to phase out some single-use plastic packaging such as plastic mailing envelopes, bubble wrap and air pillows. If amended into law, it would also require brick and mortar stores to keep records of single use plastic products such as bags and document how such products are disposed of, as well as offer recycling bins on-site.

Online superstores, such as Amazon, would be required to phase out such plastics by January 2024. Smaller ecommerce retailers would have until January 2026 more time to find replacement products.

Mark Stone, D-Scotts Valley, co-authored the bill and its predecessor, AB-1371, which did not collect the required 41 state assembly votes — but just by a hair. At one point during the voting session 39 lawmakers had shown support for the legislation.

Like AB-2026, AB-1371 would have mandated online retailers who ship or deliver goods wrapped in single-use plastic packaging to shift to reusable, or recyclable or compostable materials.

Stone told the Sentinel in an interview at the time that the bill was “the low hanging fruit” in terms of plastic legislation.

“Plastic policy, since I have been a legislator, has been a real struggle,” Stone said then.

As compared to the first version of the bill, AB 2026 explicitly exempts fresh produce, raw meat and medical devices, according to Ashley […]