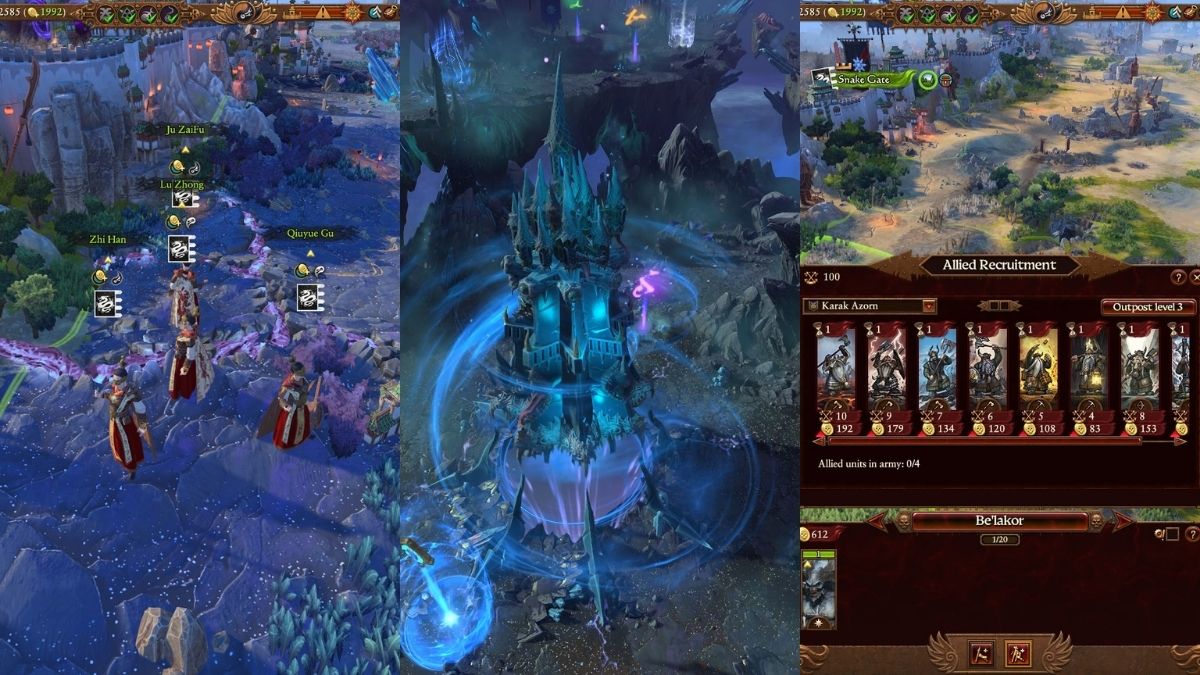 Total War: Warhammer 3 is a wide-open, yet dangerous playground that will challenge players’ abilities to think on the fly and make the best decisions under threat of invasion, surprise attack, and the corruption of Chaos. For beginners in particular, Warhammer may be overwhelming with its multitude of varied factions, powerful magic system, and the complicated web of diplomatic relations. Let’s help you get started with a few Total War: Warhammer 3 tips to get you on your feet. Prioritize Growth Early

The long-term health and survival of most empires is a robust economy with well-developed infrastructure. All settlements can build up to at least three tiers or five for most province capitals and large cities.

To quickly build settlements up to their highest level for the maximum level of construction flexibility, players will need to grow their population surplus to accommodate settlement expansion. Activate commandments and build structures that increase the province’s growth level as early as possible, so that later you can transition to more economically profitable buildings. Use Heroes to Increase Income

Though not at all factions may benefit from the following tip, several factions like Kislev and Grand Cathay have Heroes that include a passive income-boosting ability when they’re present in a province. It can be quite profitable to place these Heroes in your most lucrative province to further boost its profitability. This economic tactic is more useful to do in the middle phase of the campaign when the gains from these small increases have a greater impact. Build Garrisons Everywhere

Regardless of the difficulty, but especially on higher levels, when an AI faction goes to war with the player, they’ll typically send armies to the least defended settlements, which could even be deep in your heartland leading to wild goose chases that may delay your […]